This may not be a popular idea in the mainstream.

This is because many people still are unfamiliar with the backend of this process.

Meaning, they have no idea how this technology operates in its full capacity.

This guide will review areas to explore and expand on.

This is to help shape those interested in this study to become a bitcoin developer.

Even if the talent or patience to become a bitcoin developer is not in your core,

this guide of information will help show you the application

process in case you come across this system in your company.

If you are a business, in need of this type of technology,

then after learning the basics of the bitcoin developer,

you can seek out a software company who can carry out your request.

This can help save you time and money since knowledge

and time is two resources needed to gain an edge over this technology.

As this content is being written, the keywords in this technology field are both

“bitcoin and blockchain technology”, which will be our focus as well:

The next question if you do have an interest in software and technology, does

you have what it takes to become a bitcoin developer?

fit yourself into this mold, or just outsource the work.

This reading is for those who want to get into the blockchain game, regardless if you actually:

• design,
• create
• and developed a single piece of technology.

Before we start examining the technology, development,

and application of blockchain lets discuss how blockchain

became a needed development as digital currency increased in usage.

What is Digital Currency?

Great question, since this is the reason for the digital currency platform in the first place.

The blockchain is dependent on some form of electronic or digital currency to operate.

So, what exactly is this digital currency anyways?

Bitcoin, the currency in question, is called cryptocurrency.

This digital currency was conceptualized back in 2009.

The person who was given credit for this development was Satoshi Nakamoto.

This digital currency was decentralized, meaning there was no

This means, the digital currency work in a number of methods, such as in peer to peer system

If you are interested in becoming a bitcoin developer,

it is important to understand the background or history of blockchain first.

What is Blockchain, and its Function?

So, now we head to the discussion of blockchain technology.

If you are unfamiliar with this concept, you are not alone.

As stated through eweek, many business owners and others,

are unfamiliar with the actual meaning of the definition.

So, the blockchain is where each

of the blocks in the chain, contain data of value.

The technology of Data?

This data excludes any central supervision,

however, which makes an attractive prospect.

This is true, regardless if your territory is in the United States or not.

This is because, this new system of currency, is reaching outside

of the United States, and shows no limits to boundaries or borders.

This is important if this technology is to transcend barriers and

untouched surroundings in the technology field.

This technology is secure and immutable, which are

The blockchain will use 2 important data structures, which are categorized as:

So, what are pointers and linked lists?

This is a significant lead off into technology development, so let’s begin.

What are Pointers? – Blockchain Development

Pointers, in the world of the blockchain, are considered variables in computer programming.

This is the process where information is stored in the address of another variable.

This is usually done with normal variables in the language programming storage bin.

For example:
Eg. int a = 10, means that there is a variable “a” which stores integer values.

In this case, it is storing an integer value which is 10.

This is a normal variable.

Pointers, do not store the values of information, rather,

stored addresses of other variables are included and stored.

These pointers, literally point towards the location

of other variables, thus the reason for its definition.

What are Link Lists?

The next group to identify and discuss is linked lists.

These linked lists are one of the most important

items you will find in your data structure.

in the above piece, however, the doubly linked list has not.

The difference between the two is doubly linked list,

reference two instead of the one.

This means that one exists next to the node

while the other is connected to the previous node.

Think of it as a bridge connecting the nodes together.

Keep in mind, that each element or also

known as a node, will be comprised of two items.

• Data
• Reference to the next node

This means, that the last node is null due to its reference position.

The beginning or entry point, of the link list, is called as the head of the list.

This does not mean that the head is a separate node, but rather about the first.

If your list is empty, then the head would be considered null.

The link base has a dynamic data structure,

which should be noted when in the development stages.

If there is an application that has an unknown number

of objects, this link must be connected first.

With every benefit or positive, must come a list of disadvantages.

This helps to improve future programs and studies.

One disadvantage to discuss, is, the link list against an array.

That is, it does not allow for direct access the individual elements in the structure.

So, if you want to access a specific item, then you would have to start

at the head and follow the references until you get back.

Yes, there exist, more disadvantages that come with the type of linked application.

This means, that if a linked list, utilizes more memory

compared to an array, then this can create for error.

What does all this mean?

It means, there are other ways to consume this technology

progress for allocating space for the back pointer.

To find a specific element in a link list, no matter is sorted or not, will require with most cases, a linear search.

This is one of the primary disadvantages of the linked lists over the data structure.

So, now that you see the disadvantages of this data

structure and technology, how do you speed up the search?

The first way is through a simple heuristic. This will help to decrease the average search time.

This is because, it is the move to front heuristic, that moves an

element from the beginning of the list once retrieved in the system.

This scheme is good for creating simple caches.

This process will ensure that the most recently used items, will also be the fastest to discover.

Yes, this is another common approach that many site managers and webmasters do.

This is called index.

This is a linked list using, efficient external data structure.

As an example, you can build a multi-color plant or a hash table,

whose elements are considered in the linked list nodes.

There can be multiple type indexes, but few that can be built on a single list.

The shortcoming in this application is, these indexes may need to be updated.

Usually, these updates are required each time a node is added or removed, as an example.

This can also happen before the index is ever used again.

One such implementation is considered a skew binary random-access list.

This is a mouthful, but it means that it allows worst case scenario, with a constant time.

This implementation will come through with persistent data structures.

This type of list can be observed as immutable. So, this linked lists

will support the same, for head and tail operations.

This is to provide any additional operation that can yield

the minimum element in the entire list in constant time.

This is very promising since this is without the need of mutation complexities.

Stacks and Queues are both often implemented using linked lists.

This is because it will restrict the type of operations it supports.

This is an inked list that has layers of pointers.

This is for easy access to large amounts of data.

This data includes information that shows it

will continue its process until it hits the bottom layer.

The bottom layer is the actual list of course. 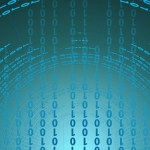 The application of processing and developing new components on old technology are underway.

This is because technology has become more flexible and easier to learn and to find support.

This is important information to learn and promote.

Many corporations are looking for programmers in this specialty group.

So, no matter if you learn the backend process of website and computing,

it is important that you first understand the terminology and graphs.

This will help shape a better future platform for technology and computer programming,

beyond your business walls!