ProNova Partners’ Client (“the Company”), a California-based Digital Media Technology Company, is the developer of a ground-breaking patented technology that inspires fan engagement.

The Company currently holds patents in the United States, Japan, South Korea, and China for a conversational, two-way dialogue teleprompter system that allows fans and their friends to interact with their favorite stars, movies, content and allows unprecedented engagement with their favorite influencers.

The Company’s patent covers these engaging behaviors and all intellectual property (existing web and mobile apps, content management systems, etc.) are contemplated as part of a potential Transaction to be consummated with Interested Parties.

The Company has received total funding to date of approximately $8mm, and is open to a variety of options including a direct sale of the Company, the IP, licensing/partial sale or other comparable revenue-sharing arrangements with a well established, content-focused media-related entity.

The App was conceived to bring a unique form of face-to-face video interactivity that would allow users to have video conversations with recordings of others: bringing fans & influencers into collaboration with popular content to generate promotional value for content partners and harnessing the power of fan enthusiasm & participation to drive higher conversations & engagement.

The Company Founders and Advisory Board came from a variety of entertainment backgrounds and because of their long-standing ties to the Los Angeles entertainment community, were able to secure content partnerships with a “whos-who” of studios and media companies.

Previously available on iOS and Android, at its peak, the App had over 250,000 total users and over 500,000 videos were available for user interaction from a variety of content partners that included Paramount Studios, Universal Studios Dreamworks and Warner Brothers Studios. 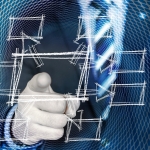 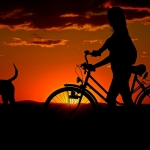